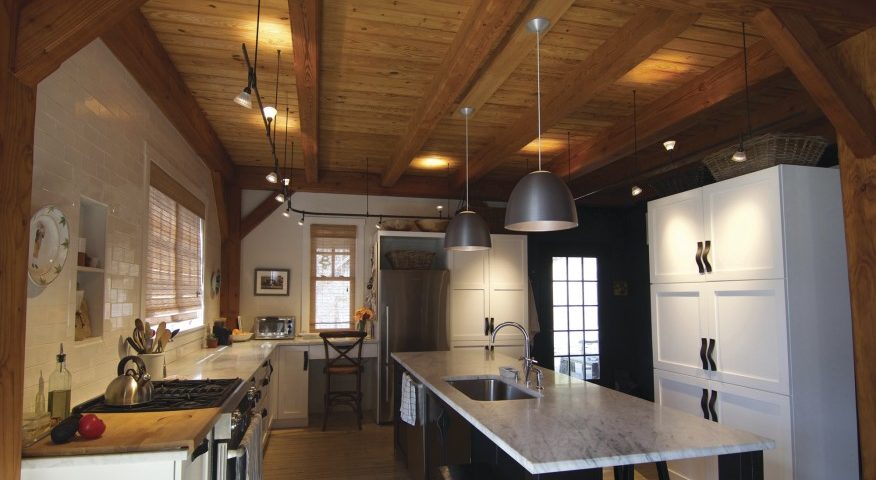 How many builders does it take to change a light bulb? An­swer: None. LED lamps never need changing, and anyway, LED light fixtures don’t use bulbs. OK, we’re not there quite yet. But the no-light-bulb world is coming, and ready or not, it’s time to embrace the future. And while LED lighting may have been over-hyped (for example, the truth is that even LED lamps do eventually need replacing), incandescent light, including halogen lighting, is on its way out.

Eventually, all lamps in all homes throughout the nation will likely have to be high efficiency.  If you want to get with the program, it’s time to start learning about LEDs.  Compared with incandescent and halogen lights, LEDs are a whole different animal. Incandescents and halogens are made with metal filaments that warm up when electric current is passed through them. Electrical resistance makes the filaments hot, and they get bright. That light emission, called “black-body radiation,” is a fun­damentally different physical process than the solid-state func­tioning of a light-emitting diode. An LED fixture can give you “as much” light as an old-school Edison light bulb. But the quality of the light is not the same. And people can tell the difference. With careful selection and installation, LEDs can give you re­sults as pleasing as any illumination that incandescents and halo­gens can provide—or even better. But you have to know what you’re doing.

But the devil is in the details—and even for an expert, LEDs are a challenging technology.  They’re small, they go everywhere, they save en­ergy, and they’re helping us do a lot of things we were not able to do before. But if people go to the home center and buy an LED retrofit lamp for two bucks, when they bring it home, it’s cool, it’s blue, and then it flickers, and then it turns off … LEDs are creating a lot of nightmares. And the cheap ones are giving LEDs a bad reputation.  It’s important to stick with reputable brands, like Cree and Philips.  Early generations of LED lighting didn’t live up to the hype, I started buying them, and at that point the compa­ny was saying, ‘Oh, yeah, 20,000 hours, no problem.’  Well, I had bulbs that were failing after 150 hours. The LED still worked, but the bulb was falling apart. That’s not happening any more. Now we have bulbs that are lasting thousands and thou­sands of hours, and that will only continue to increase as the manufacturers get better at what they do.

Dark Colors Are The New Trend For Bathrooms in 2020